Home » blog » Health & Wellness » How to make your period less sucky (or, why you should get a menstrual cup)
Share on FacebookShare on TwitterSubscribe 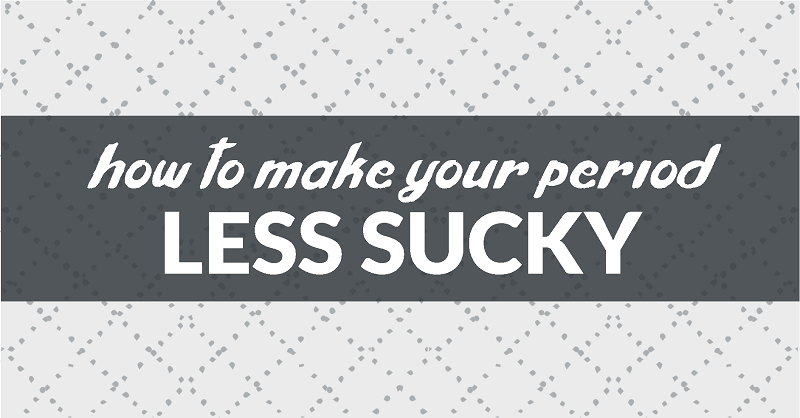 Ok, so this post is going to be chock-full of stuff that’s probably a little TMI, but oh well. Periods are a fact of life. They can be messy. Slimy. Stinky. Inconvenient. (Or, if you’re like this person, they’re a form of art and should be celebrated.) If reading about periods bothers you, this is not the post for you.

If you’re like most women in the U.S., you’re probably pretty familiar with the fact that tampons and pads are the most popular go-to options for that time of the month. It’s sad that, in all of this time that humans have been in existence, cottony torpedoes of uncomfortableness (i.e. tampons) and glorified diapers (i.e. pads) are the best we’ve come up with. If you actually look back at the history of tampons, it’s interesting to note that the person who invented the tampon, as we know it today, is actually a dude (Doctor Earle Haas). I don’t know about you, but to me, that explains a lot right there.

Tampons have been something that I’ve been battling with for well over a decade. They were usually alright for me to use in the beginning of my cycle, but because they REALLY dried me out down there, they became almost unbearable to wear towards the end of my cycle (and I attribute some of my UTIs to their use… stupid things).

Even though tampons weren’t ideal, it seemed like anything was better than a pad (I mean, who in the hell wants to feel like they’re wearing a freaking diaper all day??). Pads keep all that moisture right up against the skin, creating rashes (and overall feelings of uncleanliness… at least in my experience).

Oh, and don’t get me started on the costs of pads and tampons (coughing up that money every month on something that I’m just going to throw away seems ludicrous and wasteful to me). But I made due with pads and tampons all these years because I thought I didn’t have any other options (at least, non-surgical options). 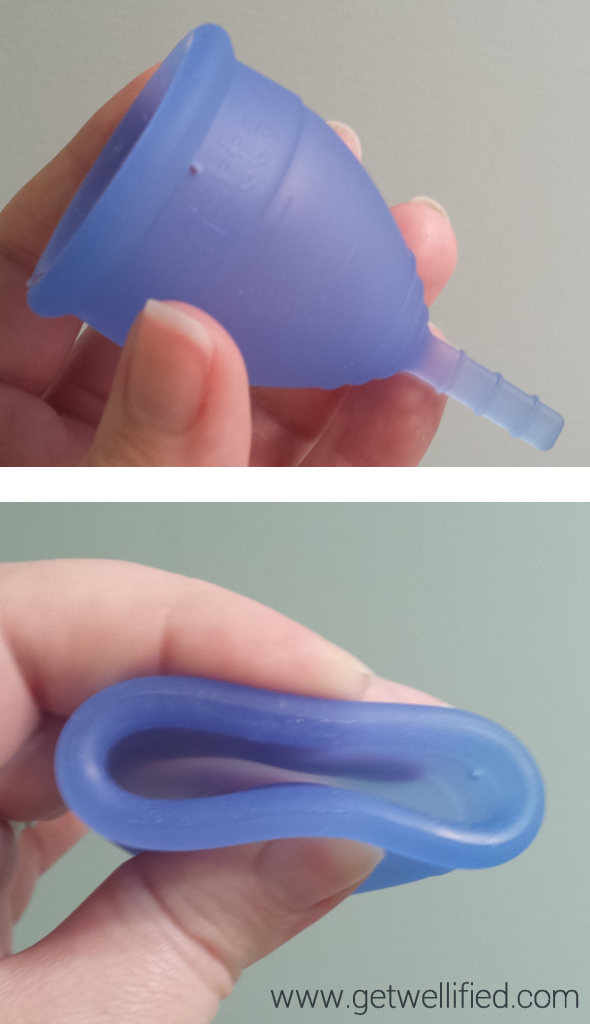 Apparently menstrual cups have been around for quite a number of years, but I’d never heard of them until a few months ago. I don’t remember how I came across them (maybe I was in a bad mood and entered something like periods are f-ing stupid into Google… who knows), but I wish I’d found them way sooner. To me, menstrual cups are a complete game-changer when it comes to your period. Let me explain.

In case you’re not familiar, a menstrual cup is a soft, bendy little vessel that you insert into your vajayjay that holds your menstrual fluid. When it’s inserted properly (and you have one that fits you properly), it creates a suction, which prevents it from falling out (bringing all the blood with it… ewww). There are a few things that are awesome about the menstrual cup…

It’s reusable, so you pay for it once, and it’s good for several years.

This means that you’ll never have to worry about running out of your period arsenal again. It’s also…

Cheaper than pads and tampons in the long run

Let’s say you typically spend around $10 on traditional period supplies every month (if you’re a heavy bleeder, it might be even more than that) – multiply that by 12 months and that’s $120 in a year. The menstrual cup that I purchased was around $40, which might last me 10 years or more. Just for fun, let’s multiply that $120 that we previously spent a year on period stuff by 10 years – that’s $1,200. Versus $40 for the cup. The cup is definitely a better bargain.

Better for the environment AND your waste management system

Since you’re no longer needing to flush or dispose of tampons, they don’t clog up the plumbing/septic system or end up in a landfill somewhere (we humans create enough waste as it is – anything to reduce that burden is a plus for everyone).

They can hold more fluid than a tampon.

This means you might only need to empty it a couple times a day (maybe more if you have a heavier flow). The less time that I have to spend tidying up my nether regions, the better.

It’s more comfortable to use.

Tampons, as I pointed out previously, can be painful to use, especially later into your cycle because of the dryness that is all-so-common. I usually ended up having to switch to a pad towards the end of my cycle (the horror!). Menstrual cups, however, don’t cause drying or irritation at all (at least, not in my case). In fact, I used to avoid being active while on my period because of tampons – that’s not the case at all with the cup (I could do everything from yoga to an intense 60-minute Insanity sesh and not have any issues).

It’s made from safer materials.

The menstrual cup that I use is made from medical-grade silicone. Silicone that is medical-grade can safely be used when in contact with living tissue (it’s the same type of stuff they use to make feeding tubes and medical implants). Medical-grade silicone is also manufactured in tightly controlled environments to avoid potential contamination that could affect the safety of the final product.

Tampons, on the other hand, are typically made from cotton (or a rayon-cotton blend). The problem with conventional cotton is the fact that most of it is genetically modified and it’s very heavily polluted in terms of pesticide use. The cotton used for tampons is also typically bleached, leaving behind potentially damaging chemicals (such as dioxins). Tampons may also contain “fragrance,” which can disrupt hormonal balance. (Definitely not something you want in your lady regions.)

It keeps menstrual fluid contained in a more favorable way.

One of the big negatives of tampon use is the fact that it can promote strong odor downstairs.

This odor is actually a result of your menstrual fluid coming into contact with air. Because of the menstrual cup’s design and suction, menstrual fluid doesn’t come into contact with air until the cup is removed. This reduces odor DRASTICALLY (in fact, my husband is usually one to comment when it’s that time of the month because of the lingering menstrual odor in the bathroom; he hasn’t commented on odor once since switching to the cup – yay for less bitching from hubs!).

Tampons keep the menstrual fluid pressed up against your vaginal walls…

This (combined with the oxygenation of the menstrual fluid and the irritating compounds from the tampon itself) might increase your chances of developing Toxic Shock Syndrome (TSS), especially if tampons aren’t changed frequently. The menstrual cup, on the other hand, keeps the menstrual fluid contained, yet out of constant contact with your vaginal tissue (and, again, away from air). There have not been any reports of TSS in menstrual cup users to date.

Overall Score (according to my completely made up and illogical scoring system):

There are tons of different cups on the market – I chose the Lunette brand of menstrual cup because it had such favorable reviews (even from customers who previously were using other brands of cups) and because I thought the shape of the Lunette was ideal for the size/shape of my vajayjay. Lunette also offers a couple different sizes for their cups, depending on your needs. The video below compares some of the brands of menstrual cups that are out there, so you can get a feel for the different shapes and sizes.

One thing that I will say about the menstrual cup is that it can be a little tricky to insert and remove for newbies – it just takes some practice. There are tons of different folding techniques to help with insertion (see video below).

The best way that I’ve found to remove the cup without spilling the contents everywhere is to push down with your pelvic muscles, gently squeeze the cup on either side with two fingers to release the suction, then remove and dump the contents in the toilet. You can do a quick rinse with water, then reinsert. Prior to storing between cycles, it’s best to do a more thorough cleaning – cleaning recommendations will vary depending on the brand of cup that you purchase. The Lunette menstrual cup that I use can be boiled in water, or it can also be washed with a very mild cleanser or wiped with rubbing alcohol.

Overall, after years of discomfort and money wasted on tampons and pads, I’m super happy with my menstrual cup – and it’s definitely made that time of the month much more bearable.

Cheers to a less sucky period. 🙂

Share on FacebookShare on TwitterSubscribe
Previous Post: « Why you should be eating more fat
Next Post: 3 natural remedies for headaches and migraines (and how to prevent them in the first place) »