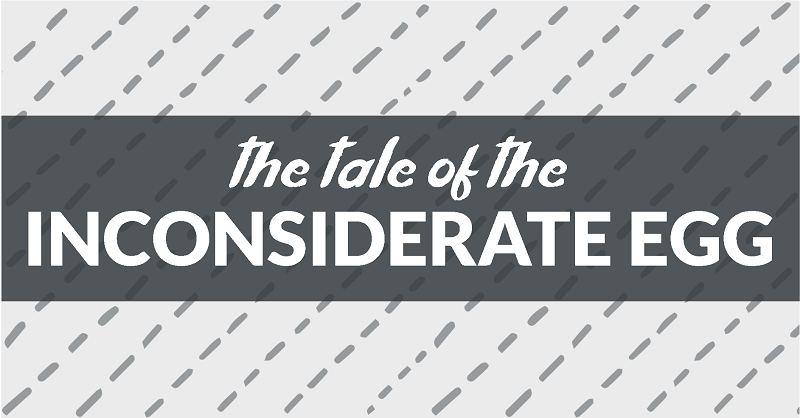 Once upon a time, in a land not so far away, there was this egg. The egg was kind of a jerk and really ruffled some feathers. You see, he had this raging birthday party that he invited just about everyone to, except for this gang called the T cells.

The T cells didn’t appreciate this shitty behavior (even though they didn’t really know the egg all that well) and they really didn’t appreciate that all of their friends were invited, but not them. They decided that something must be done – THE EGG MUST PAY. 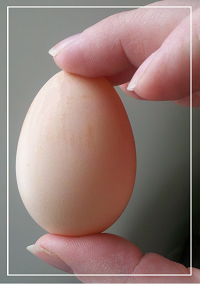 The T cells proceed to plot revenge against the egg, just in case he shows his face ’round these parts again. The T cells, being the influential cells that they are, tell their good friends, the B cells, to create some weapons against that mean old egg. The B cells happily oblige.

Those weapons? Are IgE.

You [the human who ate the egg and (unknowingly) set the T cell’s devious plan into motion] didn’t sense that anything was wrong that first time you ate the egg (in fact, you probably enjoyed it quite a bit). After all, the egg hadn’t officially been added to the shit-list until the T cells saw his smug mug on their turf… and the T cells didn’t have weapons on-the-ready during that first encounter.

But, the next time you eat that egg? BAM! The egg won’t even know what hit him.

Back to the IgE.

IgE is not an all-inclusive weapon, in fact, it can’t do a whole lot all on its lonesome. So, what does it do? It goes to seek out a bigger, badder partner to help with the show-down.

As soon as that egg shows his stupid face again, the IgE’s gonna be ready for him. Oh the suspense!

A little bit of time goes by, when, all of a sudden, WHAM! You’re hit with a hankering for something.

Could it be chocolate?
Nope.

You get to making your perfectly poached eggs, imagining the little hollandaise-adorned pillows of goodness being pierced by the tines of your fork, causing the rich and silky yolk to ooze over your lightly toasted bread.

(Is it sad that I just drooled on my keyboard a little?)

You stare into the pot of boiling water, beckoning it to hurry it’s ass up, as you pace back and forth, counting down the seconds until you can enjoy the oh-so-tastey-goodness.

A few minutes go by, you check your eggs, and voila! Perfection on a plate!

You inhale your delectable eggs (which completely live up to your high expectations, you egg snob, you!). Your cravings are satisfied, and all is good… or so you think.

Little did you know what was about to ensue.

Remember the feud between the egg and the T cells? The egg’s about to meet his Maker. In fact, IgE has been at-the-ready this whole time, practically hoping that the egg would show his face again.

Within mere minutes, the egg encounters IgE and the plan is put into action [it’s go-time!].

The mast cell is triggered to release it’s chemical weapons, and BOOM!

It’s an all-out war zone in your body. The chemicals (mainly histamine) released from the mast cells get EVERYWHERE, killing off the egg AND wreaking havoc on the rest of your body (collateral damage).

(That’ll teach that egg to have such shitty etiquette… I mean, the T cells just wanted a stinkin’ party invite, was that so much to ask??)

And you? You’re left to experience the oh-shit symptoms that follow.

And that, boys and girls, is the story of how a food allergy is born.